There is no shortage of talented queer artists for today’s youth to look up to. Even when I was young and growing up in a small southern town, I didn’t have to look far to find inspiration from other gay artists across the Globe. For many people who are struggling to express their feelings, individuality, and confusion about sexual orientation, art is the perfect outlet. It provides the necessary mediums to say the things we frequently can’t put into words. 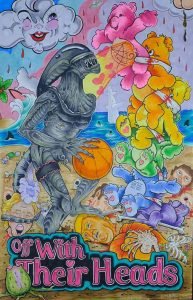 The fact is the LGBTQ community and all minorities, for that matter, experience the world differently than others. The art we create to express ourselves sheds light on those differences. Society doesn’t have the words necessary to speak our experiences into reality as often as they should. And this is when we find alternate ways like art and other avenues of expression to set us apart and speak our truth.

One of my biggest inspirations from an artistic standpoint is Frida Kahlo. She overcame countless obstacles during her life, including being impaled and suffering severe injuries in a car accident when she was only 20 years old. She continued painting for decades, even after dealing with a miscarriage, a divorce, and other challenging situations that could’ve stopped her. Frida’s work was beautiful and included many self-portraits enhanced with graphic and surrealistic elements. One of Kahlo’s most famous works is called “The Two Fridas”. The well-known painting depicts two versions of the artist sitting side by side, with both of her hearts exposed. One portrayal of Frida is dressed in white and has a damaged heart with spots of blood on her clothing. The other Frida wears bold-colored clothing and has a fully intact heart. These figures of Frida are said to represent the “unloved” and “loved” versions of Kahlo. I always valued the juxtaposition of her work; it inspired me to tap into my own darker, more complex sides without the fear of conforming to the norms of society.

Another artist worth mentioning is a Los Angeles based artist named Nao Bustamante. She has been sharing her performance art, sculpture, installation, and video work across the world for more than 25 years. Her artwork has been so influential for the LGBTQ community. For that reason, she is strongly supported by the gay community, which appreciates how risque her work may be. One of her boldest pieces of work is a body-narrative is called “America, the Beautiful.” Through the rituals of feminine transformation, Bustamonte uses clear packing tape and haphazard make-up to create a distorted reality of beauty with all of its passion and pain. The performance takes the viewer on a bizarre circus-like adventure of ladder-climbing and breath-holding tension. She is continuously motivated to shape a more equitable and loving world that mirrors her own life experiences. According to an NBC news feature, she says, “I stand at the intersection of many communities: queer, feminist, Latinx, artist, and educator,” she said. “I live all those identities at the same time.” That versatility and open-mindedness of her views are what makes her so successful and unique.

Finally, there’s a remarkable, trailblazing lesbian artist from California, and her name is Lenn Keller. She made a name for herself as a black lesbian photographer in the 80’s. One of her most famous works was titled, “Black lesbian glockenspiel player w/ SF Lesbian & Gay Freedom Band, SF Pride Parade, June 1983.” The large black & white photos offer an alternative history to typical California life. Keller recognized a need to document and showcase the Black lesbian community during an era when “gay” usually came to mean white men. 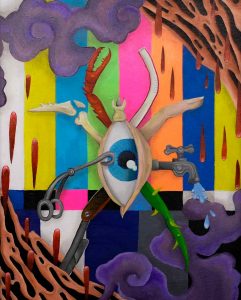 There are plenty of famous gay male artists who’ve made a mark throughout history. However, well-known bisexual and lesbian artists are a bit harder to come by, even in 2020. If you have the chance to support a local queer artist, you definitely should. Whether you purchase a canvas print from a street fair or share an artist’s work on social media, every gesture helps. If you’re interested in some of my gay-friendly, sarcastic, and satirical pieces of art, please visit https://carebeartattoos.com/shop/.